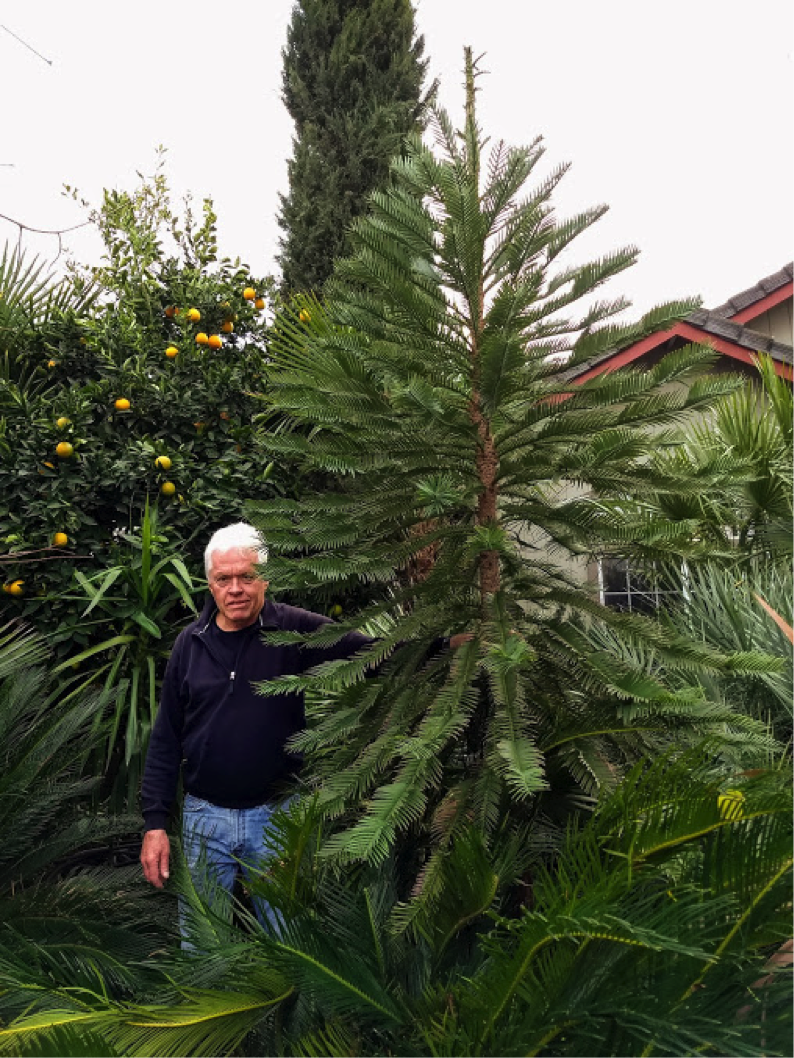 Paul Kelly lives on Dinosaur Place in West Davis, and has a dinosaur-era relic growing in his front yard. A Wollemi pine emerges like a cathedral spire from a mass of plants.

This plant, a conifer but not a true pine, was thought to have gone extinct 2 million years ago, with fossils dating back to 200 million years ago. In 1994 a small grove of about 100 trees was discovered by explorers in Australia’s Blue Mountains.

Kelly obtained the tree in 2007 after learning about the National Geographic Society’s effort to help protect the species and safeguard its continued survival. Since he planted it as a 10-inch-tall seedling it has grown to 11-feet tall. The Wollemi pine’s evergreen foliage is unique, resembling something between two other members of the Araucaria family, the bunya-bunya and Norfolk Island pine. On close inspection, its bark looks like bubbling chocolate. Hopefully, the Kelly family’s tree will continue to thrive and eventually approach a mature height of 100 feet.